Morocco’s gold reserves are estimated at more than 22 metric tons, whilst Ghana, a foremost gold producer lags behind 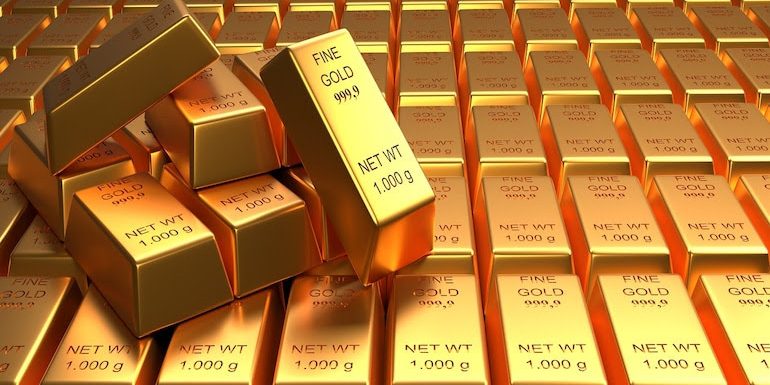 Gold plays an important part in central banks’ reserves management, and that’s why they are significant holders of gold.  IMF IFS statistics  tracks central banks’ reported purchases and sales along with gold as a percentage of their international reserves. Morocco’s gold reserves are estimated at 22.12 metric tons and are the fifth largest in Africa, according to German database Statistica. Morocco’s gold reserves have remarkably stabilized at 22.12 metric tons since the second quarter of 2022, registering an increase of 0.01 metric tons compared to the first quarter of 2018. According to data from Statistica, reported by the English-language Morocco World News website, Morocco has larger gold reserves than Nigeria (21.37 tons), Mauritius (12.44 tons), Ghana (8.74 tons), Tunisia (6.84 tons) and Mozambique (3.94 tons). However, Algeria tops the regional list with 174 metric tons, ahead of South Africa, Libya and Egypt, which have discovered gold reserves so far by 125 tons, 117 tons, 80 and 73 tons, respectively. Ghana for example, is a top producer of gold on the continent but her reserves are amongst the lowest on the continent. The Central Bank of Ghana recently launched a Domestic Gold Purchasing Programme with Newmont Gold Mining Company being the first to embrace the programme and participate by selling 3,500 ounces of gold to BoG. As a result and in addition to developing an African Mining Index, Central Banks of the continent have recently been charged to purchase their locally produced gold to unlock the inherent propensity of increasing their Foreign Exchange Capabilities. Speaking at the 2022 WAMPEX/WAMPOC in Accra, the Vice President of Ghana Alhaji Mahamudu Bawumia, bemoaned the current condition of Ghana, a foremost producer of gold with minimum reserves. Meanwhile, Morocco still has potential for untapped and undiscovered gold reserves as gold mining operations continue to reveal new reservoirs across the country. In February, for example, Canadian miner Stellar AfricaGold announced the discovery of a third gold reservoir during exploration in the Tichka Est region, located 80 kilometers from Marrakesh. The reservoir spans an area of ​​2.2 km and has three zones, A, B, and C, the last of which recorded significant gold levels of 5.81 grams/ton (grams of gold per ton of material). Morocco’s gold production in 2019 amounted to 390,000 kilograms annually, according to the Center for Economic, Social and Cultural Studies. Morocco’s mining sector is expected to grow over the next few years, with the country considered the best place for mining investment in Africa and eighth globally, according to Canadian research center Fraser Institute. Morocco’s mining sector currently accounts for 10% of GDP with 90% of revenue coming from phosphates. As the northwesternmost country in the Maghreb region of North Africa, the Kingdom of Morocco overlooks the Mediterranean Sea to the north and the Atlantic Ocean to the west, and has land borders with Algeria to the east, and the disputed territory of Western Sahara to the south. Morocco also claims the Spanish exclaves of Ceuta, Melilla and Peñón de Vélez de la Gomera, and several small Spanish-controlled islands off its coast. The Kingdom spans an area of 446,300 km² (172,300 sq mi) or 710,850 km² (274,460 sq mi), with a population of roughly 37 million. Morocco is the fifth largest economy in Africa and was ranked 77th in the Global Innovation Index in 2021, down from 74th in 2019. 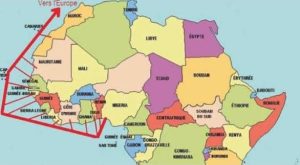 The ECOWAS Gas Pipeline from Nigeria to Morocco

Morocco may be set up for a next level exponential economic and developmental growth. This is because the Economic Community of West African States (ECOWAS) has chosen a gas pipeline between Nigeria extending along the coast of West Africa, crossing 14 countries and ending up in Morocco: i.e., from Nigeria, Benin, Togo, Ghana, Ivory Coast, Liberia, Sierra Leone, Guinea, Guinea Bissau, Gambia, Senegal, Mauritania and Morocco.