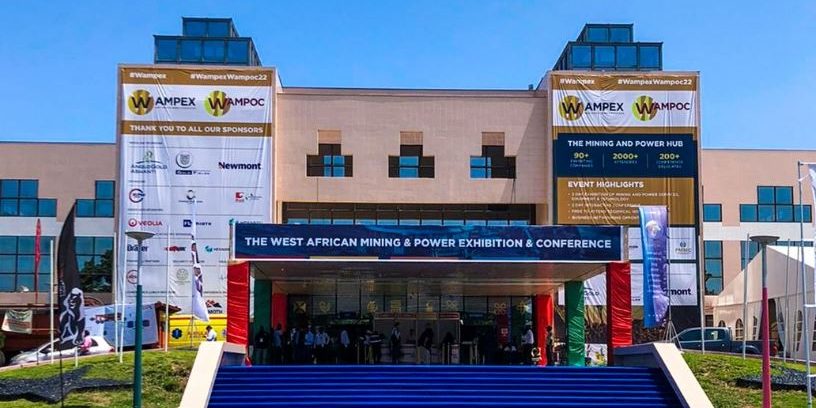 The West African Mining and Power Exhibition (WAMPEX) and the West African Mining and Power Conference (WAMPOC) just ended a three day conference from June 1 to June 3, 2022. Stakeholders from both the public and private sector of the mining industry across the globe participated in workshops and panel discussions headed by industry experts. The dual-event took place at the Accra International Conference Centre . The events were the most actively participated in years after a COVID 19 induced hiatus. Though a West African event, exhibitors and participants came from as far as India, South Africa, Austria, Sweden, Morocco, etc.   In his opening remarks, the Vice President of the Republic of Ghana, H.E Alhaji Mahamudu Bawumia called on Central Banks of Africa to purchase their locally produced gold to shove up their Foreign Exchange capabilities. He said a new post COVID-19 architecture of economies is emerging and it will make every African country self-reliant in the shortest possible time. He called on mining companies and governments to form win-win partnerships and exploit the inherent potential of Africa Continental Free Trade Area (AfCFTA). He further charged leading mining companies in the sub-region, to gear up for the introduction of a Mining Index on the sub-regional stock exchanges, and help to accelerate their growth and significance on the continent. 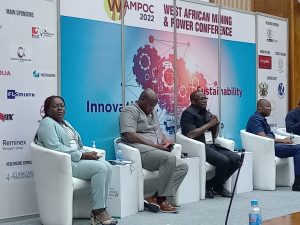 While the headline sponsors – Goldfields, Newmont and AngloGold Ashanti – took turns in espousing and enumerating their CSR achievements over the years, the discussion by the sub-regional Chamber of Mines emerged as an interesting highlight of the conference. Liberia, La Cote d’Ivoire, Ghana and Burkina Faso promoted their respective countries as a preferred exploration and mining investment destinations using the percentage of their Birimian cover as an index. The CEO of FEMICI (the Chamber of Mines of La Cote d’Ivoire), Mrs. Christine Logbo-Kossi, proposed that a future WAMPEX/WAMPOC be held in Abidjan. Mr. Amara Kamara, the President of the Chamber of Mines of Liberia, made a passionate appeal for investors to look at the untapped potential of Liberia as an attractive variable from a younger “brother“.  The Executive President of the Chambre des Mines du Burkina Faso, Mr. Toussaint Bamouni, allayed fears from recent security incidents as isolated events which are currently under control. Mr. Martin Ayisi, the CEO of the Ghana Minerals Commission called on all to jump on the Lithium development supply chain wagon as it is the next hot cake in the industry. This is not surprising because, the market for electric vehicles is booming. In 2021, electric car sales reached 6.6 million, double the number of sales in 2020. By 2030, electric vehicle sales are expected to reach 44 million annually. West Africa produces many of the minerals needed for the development of electric vehicles like manganese, nickel, and bauxite.   The event also served as an Annual General Meeting for both the ECOWAS Federation of Chamber of Mines (EFEDCOM) and the Ghana Chamber of Mines (GCM). The Chamber of Mines elected Joshua Mortoti, the Executive Vice President of Gold Fields to replace Eric Asubonteng Managing Director of AngloGold Ashanti Obuasi, after a four year term. In his closing remarks, Ghana’s Minister of Lands and Natural Resources, Hon. Samuel A. Jinapor, charged Ghana’s Chamber of Mines to learn from their South African counterpart whose initiative within 30 years of coming into existence established Rand Refineries; the only LBMA recognized refinery in Africa. He said Ghana Chamber of Mines should look at replicating same in six years to represent their centenary milestone.
Category: News & EventsJune 4, 2022Leave a comment
Tags: AfCFTAAfrica Mining IndexAmara KamaraChristine Logbo-KossiECOWASEFEDCOMGhana Chamber of MinesGhana Minerals CommissionH.E Alhaji Mahamudu BawumiaHon. Samuel A. JinaporLBMAToussaint BamouniWAMPEXWAMPOC
Share this post
Share on FacebookShare on Facebook TweetShare on Twitter Pin itShare on Pinterest Share on LinkedInShare on LinkedIn